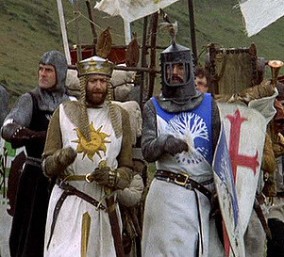 It was 1925. Pope Pius XI was troubled by the political climate he saw around him. Dictators, such as Mussolini, Hitler, and Stalin were exerting alarming authoritarian power in Europe. Concerned about rising nationalism, as well as the decreasing authority of the Church, Pius introduced a new day onto the Church calendar, the Feast of Christ the King. By doing this, he was hoping, in part, that the nations would see that the Church has freedom and immunity from the state and that leaders of the nations would see that they are bound to give respect to Christ.

Now I’d venture a guess that Christ the King Sunday hasn’t been a particularly meaningful day on your own personal calendar. It’s probably mostly recognized as being the last Sunday on the church calendar. And I’ll confess that this is a difficult Sunday on which to preach. Christ the King seems to be an archaic remnant of a bygone time. As I look back, most sermons I can remember began with the caveat: “Now I know we live in a democracy, so it might be hard to get the idea of being subject to a king.” In fact, one Sunday I showed a clip from Monty Python and the Holy Grail to illustrate this difficulty. When Arthur reveals himself to a peasant as his king, the peasant replies, “Oh, King, eh, very nice. And how d’you get that, eh? By exploiting the workers! By ‘anging on to outdated imperialist dogma which perpetuates the economic and social differences in our society?”

You see the problem? And there are other problems with the day (I know, this is more than you ever wanted to know about the history of Christ the King, but bear with me, I am going to get to the good news).

Words Matter
As you’ve gotten to know me, you may have learned that inclusive language is very important to me and whenever I’m here I ask if we can we use The Inclusive Bible for our scripture readings. I’m a firm believer that words matter, and that includes the words we use in church.

In fact, I was part of a panel at the Parliament of the World’s Religions earlier this month on “Dismantling the Religious Roots of Patriarchy.” And #1 on my list of action items was: Use inclusive language for humanity and expansive language for the Divine in church publications and worship materials.

The Trouble with Reign of Christ
So from that perspective, Christ the King is a problem. Many churches have switched over to the gender-neutral title: Reign of Christ. But that doesn‘t solve it either. Patri-archy isn’t simply a gender issue. It’s about hierarchies of power, of one group over another: white over black, straight over gay, privileged over poor, etc.  And in light of our growing awareness of these issues, we’ve also begun to question our old under-standing of a God who is ‘up there’ somewhere reigning ‘over us’ – embracing instead the realization of the presence of God all around us and within us.

Words convey meaning about all kinds of things, not the least of which is what we believe about God and about ourselves. So it’s not just the matter of cleaning up language pertaining to humanity. It’s also about evaluating our language about God – paying attention to imagery that is exclusively male, as well as hierarchical and triumphalistic. Christ the King Sunday is a perfect storm of these concerns – and some have chosen to ditch it altogether.

A Work in Progress
But I’m not big on throwing out words and images just because they’re not working for us anymore, at least not throwing them out without an attempt at transforming them. I have to admit, results have been mixed. Some years ago at First United, in an attempt to highlight the creative power of Christ throughout the universe, we called it the ‘Culmination of All Things in Christ.’ But one clever wag thought it made Christ sound like the Terminator (imagine ‘Christ the Culminator’ with an Arnold Schwarz-enegger accent), so that was the end of that. Then we tried the ‘Cosmic Christ,’ ‘Christ the Alpha and Omega,’ and finally settled on ‘Christ the Anointed’.

So it’s a work in progress. But an important one as we continue to navigate the language of the church of the 21stcentury in the midst of the issues of our day. For as Pope Pius worried about the political climate of his day, so we worry about ours. The assaults on human rights, constitutional law, and Mother Earth herself are seemingly endless and threaten to overwhelm us.

Others aren’t so enamored. Theologian John Cobb, who describes the “basiliea tou theou” as a counter-culture that is based on the values that were rejected by the political, economic, and religious establishments of Jesus’ day. He prefers to call it the “divine commonwealth.” The Inclusive Biblecalls it the kin-dom of God.

As much as I can appreciate the rationale behind “empire of God,” I have a hard time translating that to Christ the Emperor. I’m much more attracted to “kin-dom” or “divine commonwealth” because they get us away from feudal or empire language and broaden out into a more cosmic, interconnected vision – like that of the “divine milieu” of early 20thcentury scientist-priest Pierre Teillhard de Chardin.

In the Divine Milieu
In this “divine milieu” Christ is described at various times as the Total Christ, the Cosmic Christ, the Whole Christ, the Universal Christ or the Mystical Body of Christ. For Teillhard, Christ is not just Jesus of Nazareth risen from the dead, but rather a huge, continually evolving Being as big as the universe. In this colossal, almost unimaginable Being each of us lives and develops, like living cells in a huge organism.

With the help of all the human sciences as well as the scriptures, Teillhard shows how we – the cells and members of the Body of Christ – can participate in and nurture the life of the Total Christ. He shows how, thanks to the continuing discoveries of science, we can begin to glimpse where that great Being is headed and how we can help promote its fulfillment. In a spirituality like this, the power of God is not a coercive power like that of a king, but a persuasive power that beckons us forward into the way of Christ, whose task it is to transform this fragmented world, through love.

If that sounds too far out, remember that even in a spirituality of the divine milieu, the cosmos includes all the mundane, down-to-earth stuff we wrestle with each day, including the work of peace and justice. We never sit back and expect God to come and fix things for us. A while back, I got a call from a local high school student who needed to interview a Christian for her paper on world religions. One of the questions she asked was how do you live out your faith in your daily life. That might seem like a no-brainer for a pastor; after all I get paid for being a professional Christian. But after giving that smart-alecky answer, I gave my real response. I said that I’m called – as every Christian is – to follow the wisdom of Christ in everything I do: what I eat, where I shop, who I love, how I respond to those I find hard to even like, how I vote.

Then the next day I was part of another conversation about how to counter the fear- mongering that too often passes for political discourse these days and the fear that people understandably feel in the midst of a violent world. What could be our message, our talking point that we could spread in a unified way and make a difference in the world? In other words, how could our understanding of Christ have an impact on issues of political, environmental, and cultural import?

Now, make no mistake, I am not talking about “bringing the world to Christ.” The story of the young missionary killed by tribespeople on a remote island hundreds of miles off the coast of India should be a cautionary tale about what Christian mission should not be.

I’m talking about how we translate our understanding of the Cosmic Christ, Christ the Alpha and the Omega into action in the world. And I’ve come to one conclusion. One word: compassion. Maybe you think that’s too simplistic and unrealistic.  But I’ve recently returned from a gathering of 10,000 people from all over the world and from 220 distinct religious groups – whose abiding practice is compassion, as defined by The Charter for Compassion, which was adopted in 2008 and endorsed by more than two million people around the world. It says:

“The principle of compassion lies at the heart of all religious, ethical and spiritual traditions, calling us always to treat all others as we wish to be treated ourselves. Compassion impels us to work tirelessly to alleviate the suffering of our fellow creatures, to dethrone ourselves from the center of our world and put another there, and to honor the inviolable sanctity of every single human being, treating everybody, without exception, with absolute justice, equity and respect.”

This is the ethic of the divine milieu, the kin-dom of God. This vast universe that is the body of Christ is alive and we are part of it, growing and evolving in awareness and faith. And while such an immense reality may seem to big to include our concerns, our own individual concerns or the struggles of immigrants or the conflicts within nations, the truth is that in this commonwealth, each cell matters, each person matters, each hope, fear, dream, joy matters. This is the message we take with us on this final Sunday of the church year. So do not be discouraged. As you go out as prophetic witnesses to the peace and justice of the kin-dom, know that you are loved by a Love unbounded by space and time or by titles and political systems. Bigger than any king or queen or president, power or principality. This is the reality to which we cling and from which we take action.