My denomination, the Evangelical Lutheran Church in America (ELCA) is in the process of creating a social statement on Women & Justice. A final draft is due to come out next month and will hopefully be passed at our Churchwide Assembly in August.

What Are Social Statements?
In the ELCA, although social statements are not binding on church members, they
. . . are teaching and policy documents that provide broad frameworks to assist us in thinking about and discussing social issues in the context of faith and life.

. . . are meant to help communities and individuals with moral formation, discernment and thoughtful engagement with current social issues as we participate in God’s work in the world.

. . . set policy for the ELCA and guide its advocacy and work as a publicly engaged church. https://www.elca.org

Controversies?
My guess is that one of the more controversial statements of the document will be:
We are bold to declare that patriarchy and sexism are both sinful and found within our own faith tradition and our society.

But we would like to see the ELCA go even further and issue a statement of repentance for the sins of patriarchy and sexism. It’s not an unreasonable request. We’ve made such statements in the past, for example the Declaration of ELCA to Jewish Community and Repudiation of the Doctrine of Discovery.

Another point of controversy will likely be:
We confess that there are problems within the Scriptures themselves and that our theological tradition has led to a theological understanding of humankind that is overly male-identified.

The more conservative wing of the church has already come out swinging, mainly offended by the perceived assault on scriptural authority. However, some of us think that Women and Justice doesn’t go far enough. In fact, a group of us has been meeting to formulate resolutions and memorials to strengthen the good foundation already laid down in the document.

Ironically, we agree in part with our conservative siblings: we want to see more biblical stories about women. For example, we’d like to see the apostle Junia recognized by her correct name and gender. In Romans 16: 7, Paul writes:
Greet Andronicus and Junia, my relatives who were in prison with me; they are prominent among the apostles, and they were in Christ before I was.
According to The Junia Project, Junia was widely accepted as a woman apostle throughout early Church history. However, in later translations an “s” was added to the end of her name, making it into a masculine form, Junias. Tsk!

And then there’s Phoebe. I remember so clearly hearing about Phoebe in my first year of seminary, way back in

1982. In New Testament Greek, Dr. Richard Jeske directed us to Romans 16.1, where Paul commends “our sister Phoebe, a deaconess of the church at Cenchreae . . .”.

There he informed us that the word for “deaconess” (now usually translated “deacon”) is, in fact, the same word rendered elsewhere (when the subject is male) as “minister.” Some places use “servant,” but sadly, even The Inclusive Bible uses “deacon.” So, yeah, we accept the authority of scripture. We just want the translators to get it right. And we’d like to see more of the stories of these women included.

Inclusive / Expansive Language
Where we will surely part company with some within the ELCA is over the use of inclusive language for humanity and expansive language for the Divine. I’ve already seen complaints on some Facebook pages about pastors who (gasp!) called God “She.” The social statement does call for such usage, however we would like to see the ELCA make a commitment to model inclusive/expansive language at all its gatherings and to direct all publications to do so as well. Will they have the courage to do so? We can only hope.

I’ve been insisting for decades that “words matter” and have been using inclusive and expansive language. I get it that it takes some effort to change language and/or find resources that are acceptable. Many pastors and worship planners either don’t have the time or won’t take the time to do the work. So our group is also insistent that resources be made available. I’ve actually been compiling lists of the resources I’ve used over the years: lectionaries, liturgies, hymns, prayers, etc. There has been a lot of good work done in recent years – and more being developed all the time. There really is no good excuse for not at least beginning to explore shifting into being a more inclusive church.

There are some other issues about which our group has responded. One is the inclusion of lesbian and trans women, which is absolutely great. However, we’ve discovered that some of the issues brought to us by those who identify as LGBTQIA+ are not sufficiently addressed in the document. So we’ve been working on a new resolution. But that’s a discussion for another post.

As Rachel Maddow would say, “Watch this space!” 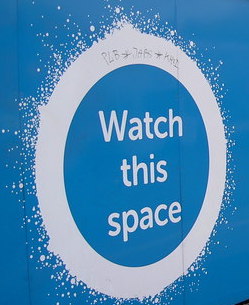